The ascension to the throne of Emperor Tongzhi (r.1862-1875) in 1862 changed the situation. His involvement with porcelain production resulted in higher standards and ensured that decorations applied by porcelain painters matched the quality of old, inspired as they were by shapes and decorations from previous dynasties. These developments continued after 1912, the year China became a People's Republic. (Source: Keramiek Museum Princessehof, Leeuwarden) 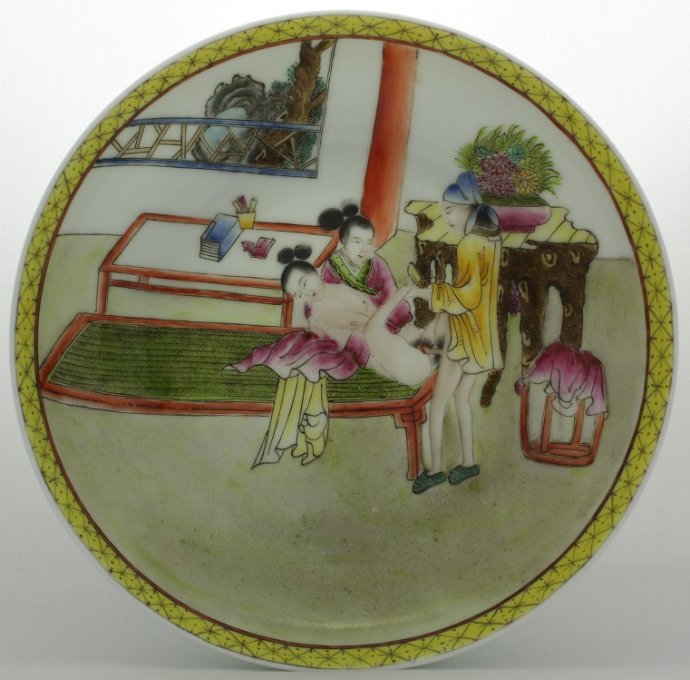