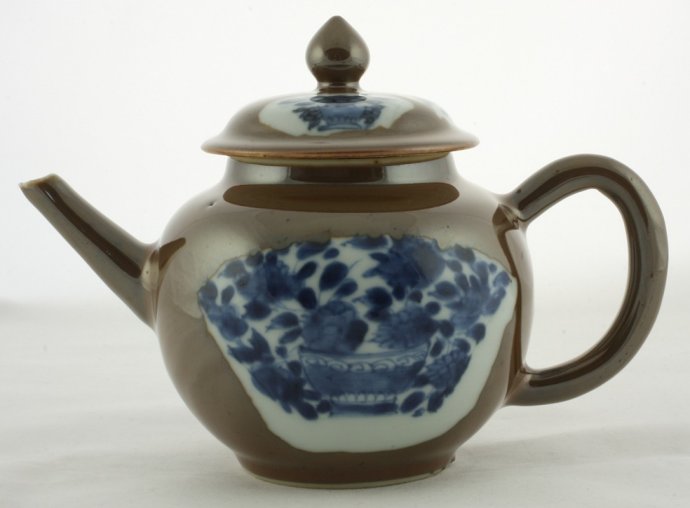 The jardinière or flower basket was an immensely popular design in the Netherlands. It was apparently regarded as very Chinese and exotic, while at the same time being recognisable and fitting in with Western imagery. The motif was often used on Delftware and in particular on "Amsterdams Bont", the Dutch name for underglaze blue or plain white Chinese porcelain, overdecorated in Delft and elsewhere in enamels. The flower basket represents Lan Cai He, one of the Eight Immortals, patron Saint of gardeners and florists.  (Jörg & Van Campen 1997, p.96), (Sjostrand & Lok Lok 2007, pp. 271-278)

Condition: A chip and a tiny glaze fleabite to the tip of the spout. 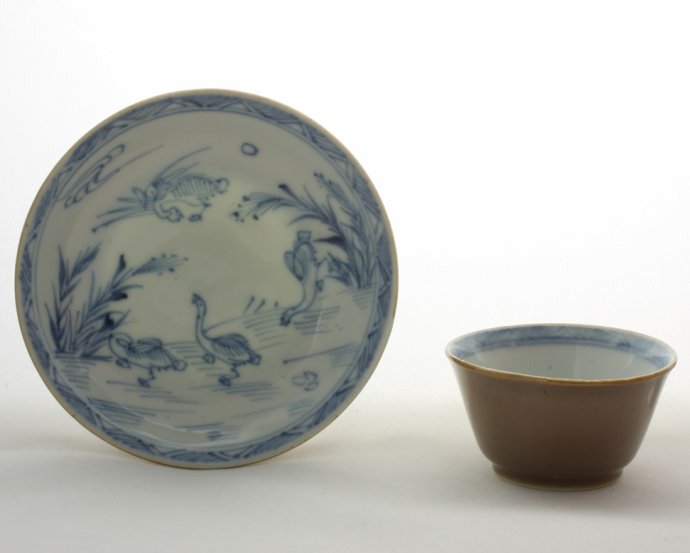 Teacup and saucer on footrings, slightly everted rims. Batavia Brown covered with underglaze dark brown and underglaze-blue with four ducks, one in flight, one just about to enter the water head first and two walking near / through shore vegetation. On both rims a zig-zag lines pattern border.

A decoration of ducks on tea wares, may have been met with amazement by Westerners, who would have considered this combination as weird. (Jörg 2011/2, p.131) 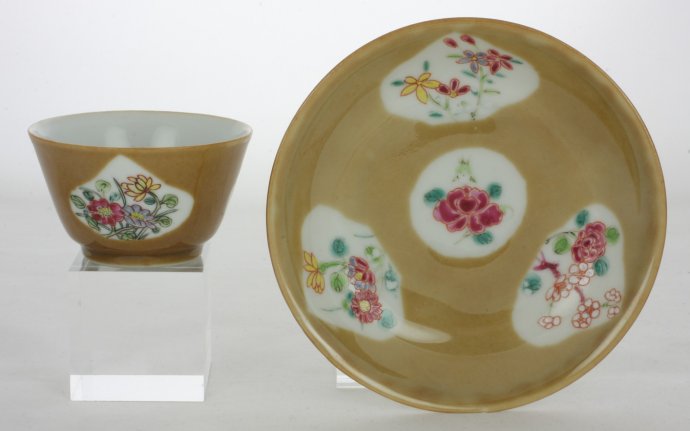