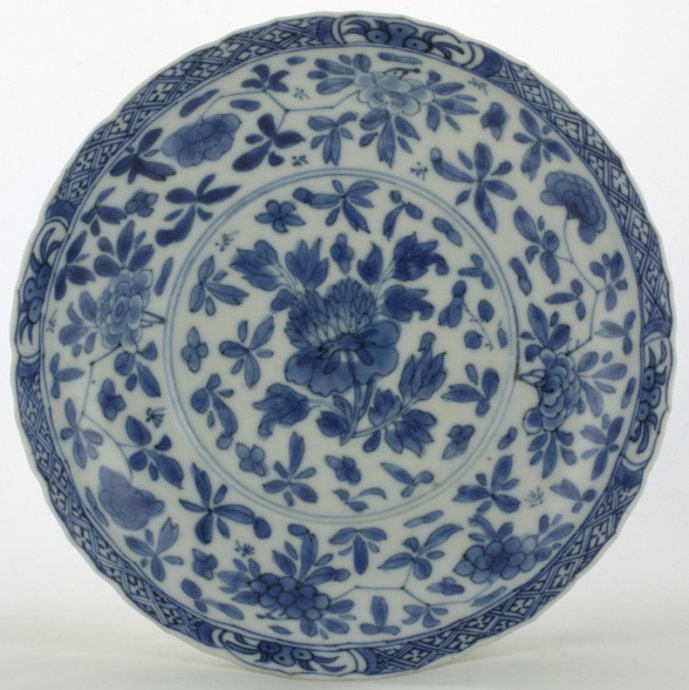 Dish on footring, straight ribbed rim with foliated edge. Decorated in underglaze blue with a flowering peony surrounded by leaves and a single insect in flight encircled by a single concentric band. On the sides scrolls of flowering branches with insects in flight. On the rim a trellis-pattern border with four reserves filled with flowering branches. On the reverse two sprays with rocky shores. Marked on the base with the Imperial six-character reign mark: 'Da Qing Kang xi nian zhi', (Made during the Kangxi reign of the Great Qing dynasty) in a double circle, underglaze blue.

The motif on the back of the dish, a rocky shore, is found not only on good quality blue and white dishes but also on famille verte; it appears to have been used in particular at the beginning of the 18th century. (Jörg 1995, pp.33-34)