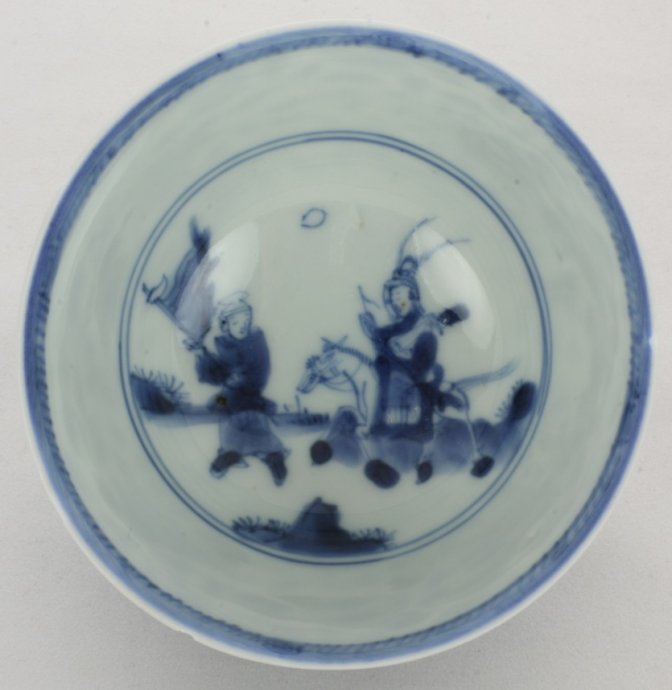 Small bowl on footring, straight sides. Decorated in underglaze blue with a continuous floral scrolls, on the bottomin a double circle, a woman with long feathers in her hair on horseback and a soldier on foot carrying a flag beside her.

The woman is Mu Guiying, wearing the long feathers of a military commander; the soldier with the large flag is an indication that the scene is taken from the novel or romance Yang-jia-jiang yanji (The Command Troops of the Yang Ye's Family) attributed to the Ming author Yong Damu whose other names are Zhonggu and Aufeng. The story tells of a female warrior Mu Guiying, of low birth, who is determined to marry the sixth son of Yang Ye, one of the Son's Emperor's most esteemed generals who was betrayed by court officials and died while fighting the invading Kithan tribes. The girl was denied her wish, but she captures the son, Yang Zhongbao, and will not let him go unless he agrees to marriage. Her martial skills earn her much respect and eventually, when the men of the Yang family have been defeated in battle, she successfully leads an army of female warriors against the Kithan Liao invasion in the north.

In the collection of the Rijksmuseum Amsterdam, two bottles are decorated with various scenes from this same novel or romance. (Jörg & Van Campen 1997, pp.91-92, cat. 79)

For an in famille verte enamels decorated dish with this scene, please see:

Condition. A firing flaw to the exterior wall, some tiny fleabites and a glaze chip to the rim. 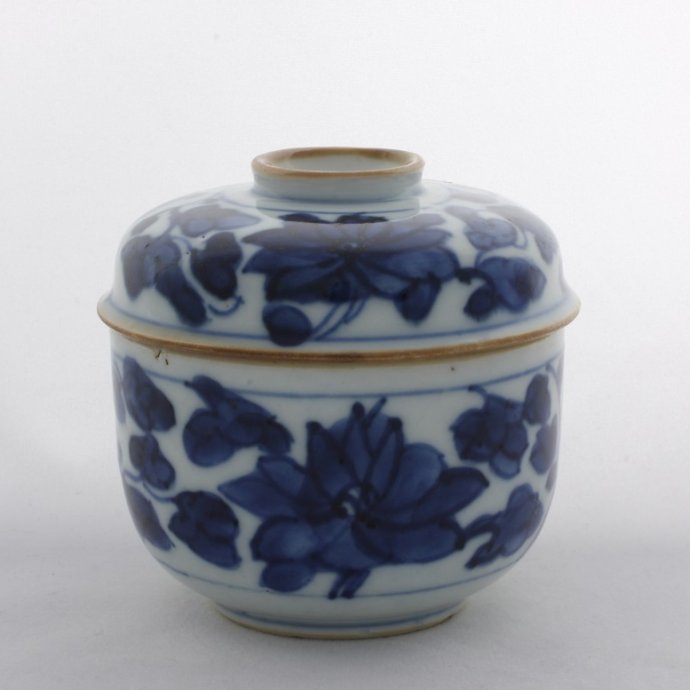 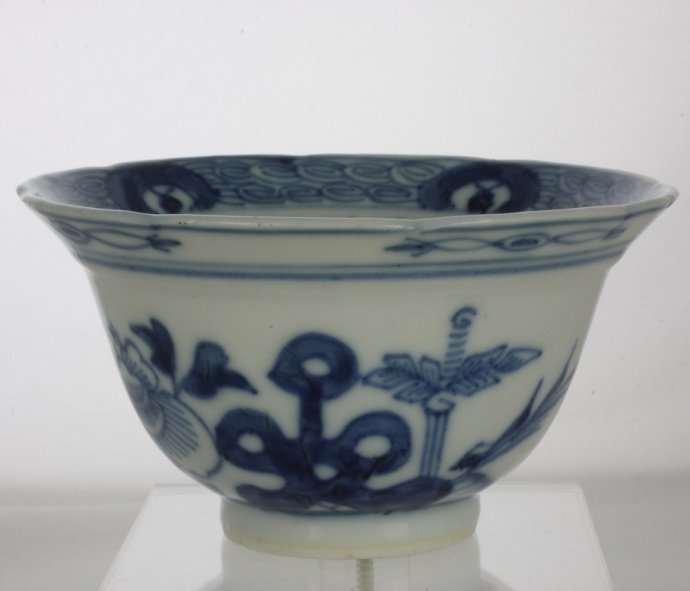 Klapmuts or bowl on footring, flattened rim with with eight small indentations, decorated in underglaze blue with a flowering peony growing from pierced taihu (garden) rockwork and a single butterfly in flight on the rim with four flower sprays. On the inner rim five cartouches reserved on a cloud-pattern border and on the bottom a single lingzhi.

Condition: A tiny firing flaw to the footring and two fleabites to the rim.