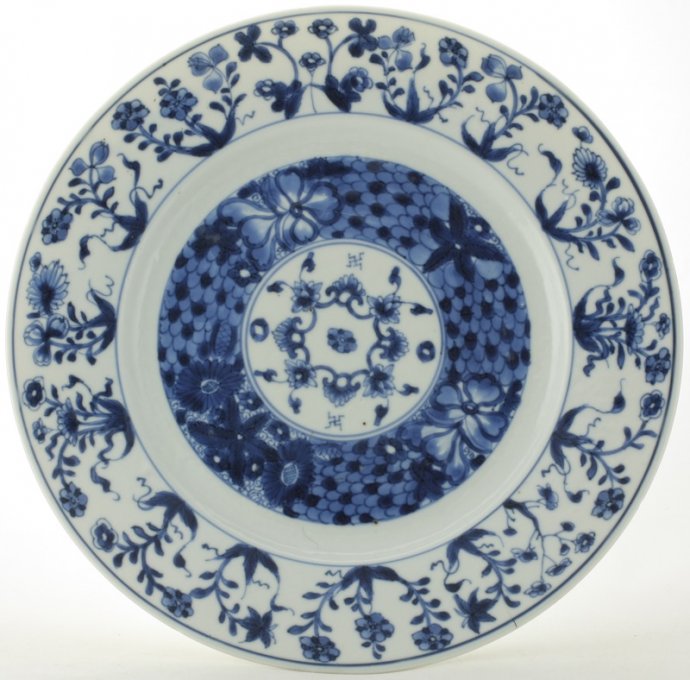 In Dutch East India Company (VOC) documents this type of dish is called a 'double dinner plate', which is larger than a normal plate of c.230 mm. It's rather special in that the flat shape clearly reflects the model that was used by the Chinese potter, namely a Dutch pewter plate. This type of plate was produced for only a short period, c.1695-1710; it was succeeded by slightly deeper plates. The decoration on the rim also shows Western influence in the stiff repetition of different flowers, probably based on European printed designs.

Condition: A few very tiny fleabites to the rim and a X-shaped hairline to the base.