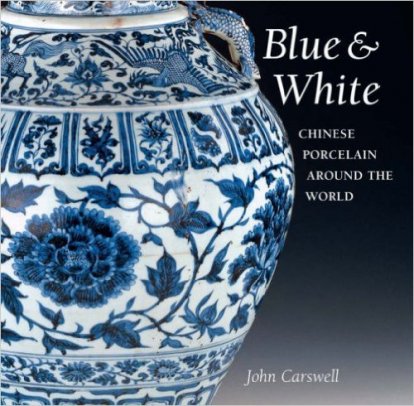 Chinese blue and white porcelain has made a unique contribution to the history of ceramic technology. Throughout its development from the beginning of the fourteenth century, through its technical originality and artistic brilliance, it has continued to captivate and inspire the entire world. This richly illustrated book traces the history and evolution of blue and white in China, first during the Yuan dynasty (1271-1368), when the Mongols ruled all of Asia, creating an environment in which blue and white could travel swiftly as far as the Mediterranean. In the fifteenth century the Chinese became enamoured of their own product, while at the same time the Ming potters were susceptible to ideas from the Islamic world and commercial and aesthetic pressures during the colonial period of European expansion. From the sixteenth century onwards, passion for collecting became a major influence on the concept of chinoiserie. Finally John Carswell shows how the combined efforts of scholars, collectors and archaeologists have illuminated how, why and when blue and white developed and has made such a major impact on world civilization. The stunning illustrations are from museums and private collections around the world and include some never before published. Important Note: The book also includes a very special unpublished material from a mysterious fourteenth century shipwreck in the Red Sea. Seen by only a handful of experts, the findings from this shipwreck are very important for art history and are published here for the first time. Full details with line drawings and complete mini-catalogue of this material are given in the book.