Amsterdams Bont is the name given to a specific group of Japanese or Chinese porcelain that was over-decorated with enamels in the Netherlands. The group consists of bowls, plates, vases, cups and saucers, etc., that were painted in underglaze blue in Jingdezhen or Arita (Japan) and shipped to Holland. Because coloured wares yielded more profits than the ordinary blue-and-white, an additional enamelled decoration was painted on these porcelains. Sometimes this new decoration respects the original Chinese or Japanese decoration and elaborates on it. Other times, however, the Dutch painter was not so respectful and over-painted the blue, creating a chaotic design. Of course, it was easier to paint undecorated pieces that were completely white, for which Japanese wares seem to have been preferred. Over-decorating first appears c.1700 and continued far into the 18th century. It was probably done privately by individuals to generate some extra income. These over-painted pieces were fired in local ceramic factories, which did this in addition to their normal assortment. It is likely that this practise was concentrated in Delft, Makkum and Harlingen where earthenware (faience) was produced, but it could also be done in tile factories such as those in Rotterdam. Notwithstanding the name of this category, there is no indication that it was done on a large scale in Amsterdam. Dated pieces are rare, and because there is almost no documentary information on Amsterdams Bont, it is difficult to say when exactly these pieces were made. Usually, carefully painted objects are regarded as early. 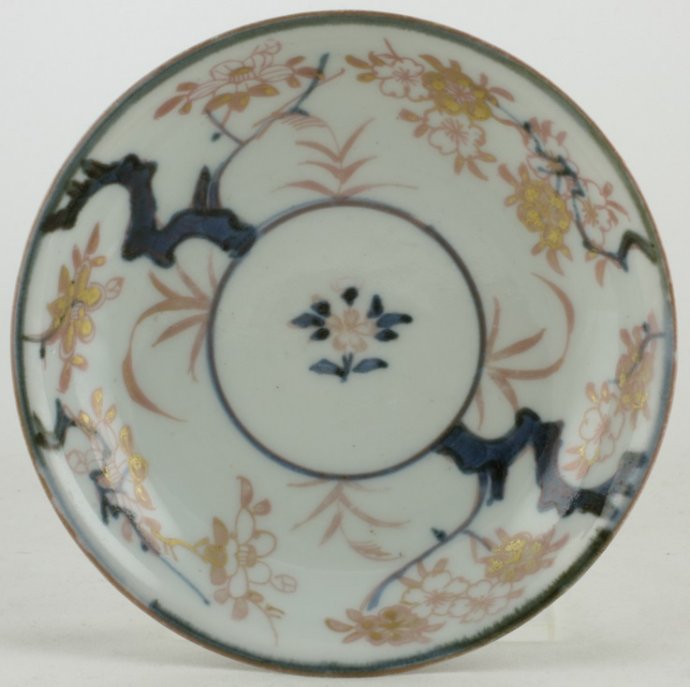 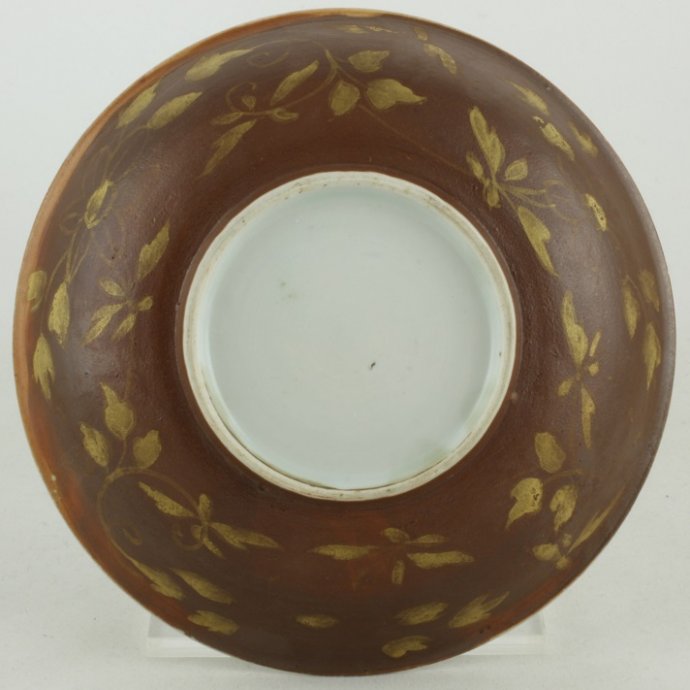 Strangely the brown and gold over-decoration on this Japanese Imari saucer was intended to 'imitate' Chinese Batavia brown (Capucin) ware. It was probably done in Delft, Amsterdam or elswhere in The Netherlands.