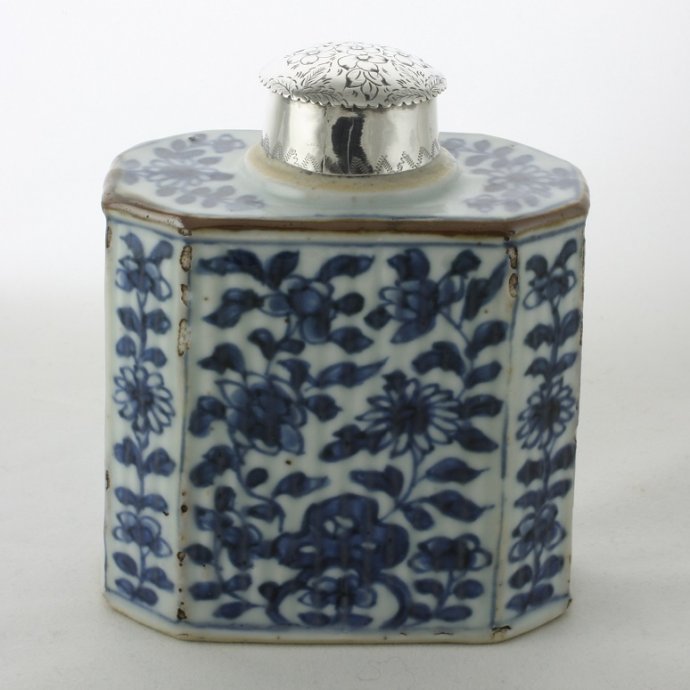 Tea caddy of rectangular form with an underglaze dark brown-edged rim (jia mangkou), canted corners and a ribbed body on a flat unglazed base. On the flat top an unglazed cylindrical mouth. The original cover is missing. Fitted with an engraved Dutch silver (unmarked) cover. Decorated in underglaze blue. The front and back panel are filled with flowering plants growing from rocks, the side panels contain flowering stems. On top two flowering stems. The cover is engraved with flower heads and leaves.

Condition: Some glaze rough spots to the edges. 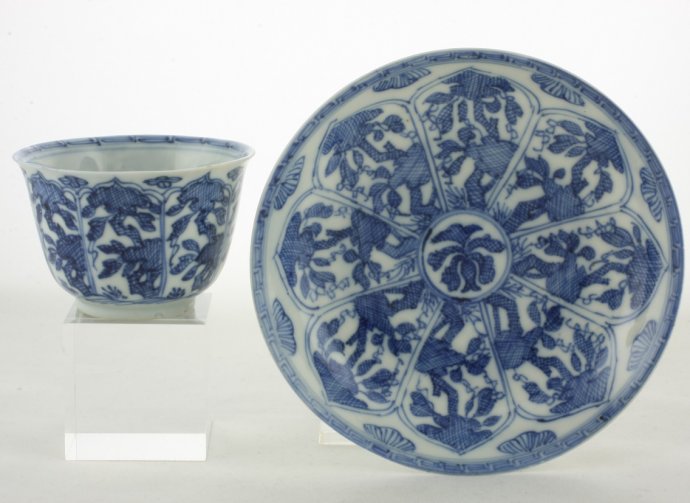 These criss-cross hatching lines are not a Chinese way of painting on porcelain and may have been influenced by the Dutch. This technique was short-lived for it mostly occurs on blue-and-white export wares around 1700. It occurs on teacups and saucers, beakers and small jars with covers, garnitures and other items. The style was short lived, disappearing in the early 18th century. (Jörg & Flecker 2001, pp.68-69)

Teacup: A popped bubble of glaze caused during the firing process and shallow glaze rough spot to the rim.