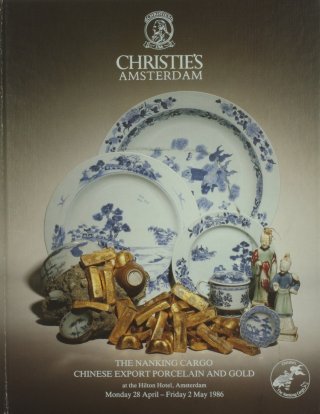 The Dutch East India Company, (Vereenigde Oost-Indische Compagnie, VOC), vessel De Geldermalsen was one of six ships commissioned in 1746 by the Zeeland Chamber, the second most powerful of the six chambers of the VOC. The ships were merchant vessels which the VOC used for long-distance trade to the West Indies, and the Far East round the Cape to Batavia, Canton and South Chinese waters. On January 3, 1752, while on its way back to the Netherlands with cargoes of Chinese goods loaded in Canton, it hit a coral reef and sank in the South China Sea.

Captain Michael Hatcher and his team discovered the wreck and in 1985 its porcelain cargo was sold by Christie's Amsterdam as "The Nanking Cargo" two hundred and thirty five years later.

(copyright in bibliographic data and cover images is held by the publisher or by their respective licensors: all rights reserved.)