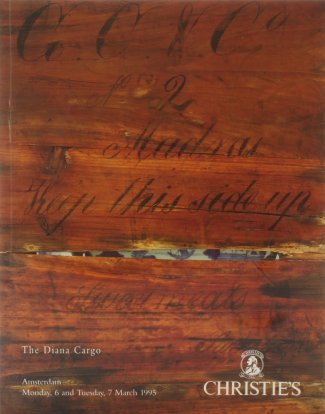 ''The Diana'' was owned by Palmer and Co. a powerful Calcutta ship owner and was licensed by the English East India Company to sail from Calcutta or Madras to Canton, carrying cotton and of course, opium, which was extremely lucrative. The ship would then return to India from China, laden with silks, tea, preserved fruits and thousands of pieces of beautiful blue and white porcelain.

Unfortunately The Diana was on one of these voyages when, on the 14th of March 1817, she hit some rocks off the Straits of Malacca and sank. The wreck was identified and recovered in 1994 by Dorian Ball of Malaysian Historical Salvors. Christie's auctioned the porcelain cargo in Amsterdam in March 1995.