The Nineteenth Century / Republic of China

The ascension to the throne of Emperor Tongzhi (r.1862-1875) in 1862 changed the situation. His involvement with porcelain production resulted in higher standards and ensured that decorations applied by porcelain painters matched the quality of old, inspired as they were by shapes and decorations from previous dynasties. These developments continued after 1912, the year China became a People's Republic. (Source: Keramiek Museum Princessehof, Leeuwarden) 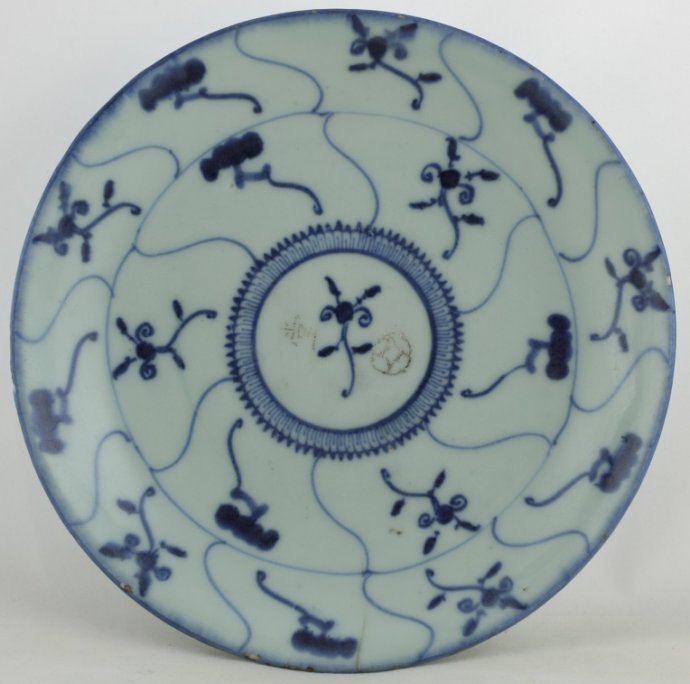 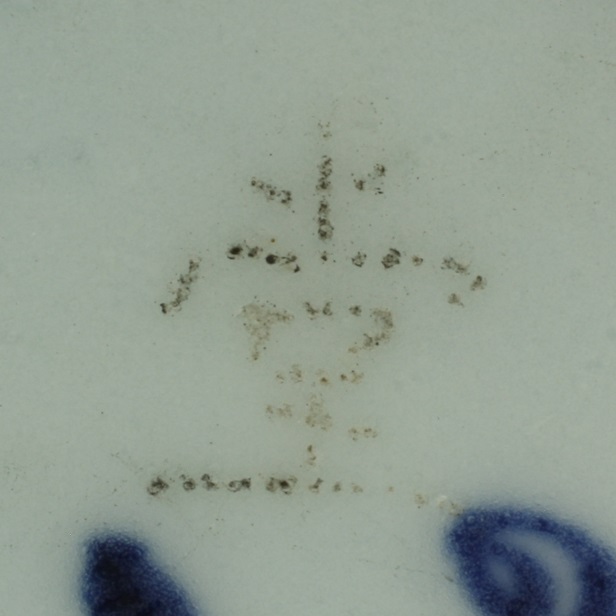 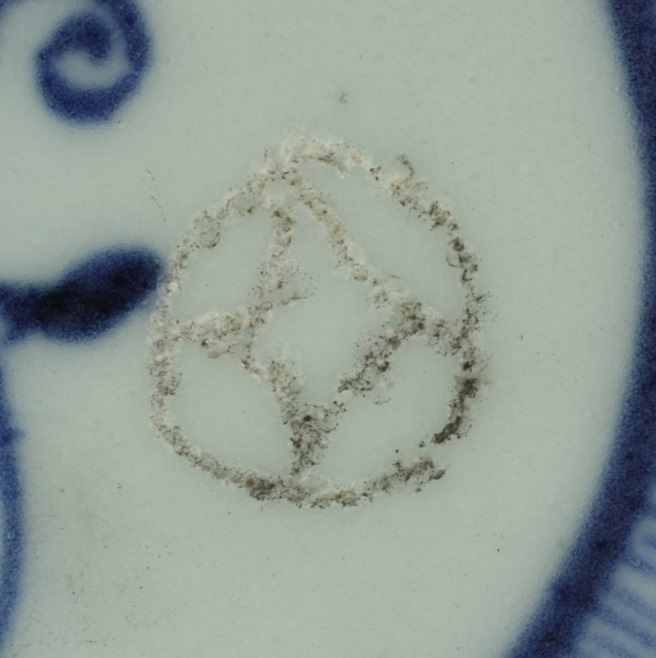 The symbol of wealth Cash one of the 'Eight Precious Objects'.

The punched in character mark '堂 ' meaning 'Hall' and the symbol 'cash' on this dish rare, most likely, a property brand and a wish for wealth from a previous owner. It is often seen on objects with a Malaysian, Indonesian or Philippine origin where a Chinese population group was present that used this type of porcelain. The interesting point is the question of why names were punched in a utensil. Obviously it meant to distinguish his dish from the others, but why? This is not necessary if it remains within the family. There are two possibilities I can think of:

Condition: A firing flaw to the inner footring some very shallow 'mushikui' or moth-eaten glaze rough spots to the rim and a hairline to the rim.