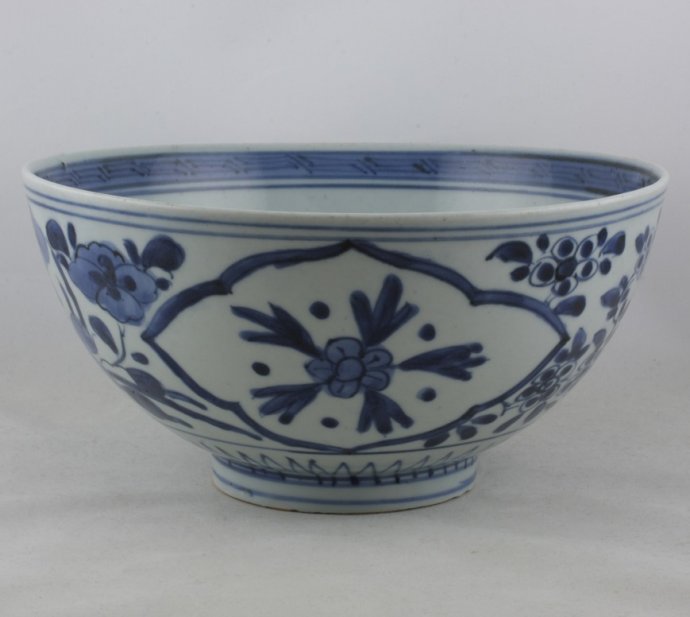 Bowl on footring, straight sides. Decorated in underglaze blue with three stylised medallions filled with a flower head surrounded by flower sprays alternating with dots. In between the medallions flower heads with leafy sprays, round the base a pointed pendant leaves-pattern border. Round the inner rim a geometric-pattern border. On the bottom two large flower heads with leafy branches in a double concentric band. Marked on the base with the Chokichidani (Arita) ovens mark within a single-lined circle, underglaze blue.

Sherds of similar bowls have been found at the Nishinobori kiln (not Chokichidani).

Such bowls would probably have been made for the South-East Asian market, another similarly shaped, sized and decorated bowl is in an English private collection.

For a sold dish, marked with the Chokichidani (Arita) ovens mark, please see:

Condition: A popped bubble of glaze, caused by the firing process, to the inner rim and some rough spots to the footring.