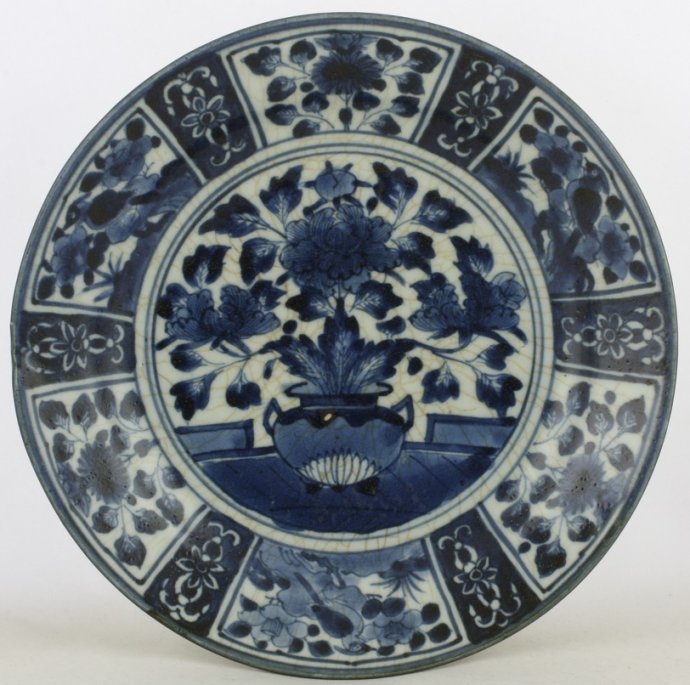 Dish on footring, flat rim. On the base four spur-marks in a Y-pattern. Decorated in underglaze blue with a flowerpot filled with flowering peony plants on a fenced terrace in a circular cartouche. The sides and rim in Chinese Kraak-style with six large panels containing a bird perched on a rock flanked by flowering plants and six narrow panels filled with a floret between scrolls on a underglaze blue ground. The reverse is undecorated.

Condition: Some firing flaws and fine crazing to the glaze, caused by the firing process.